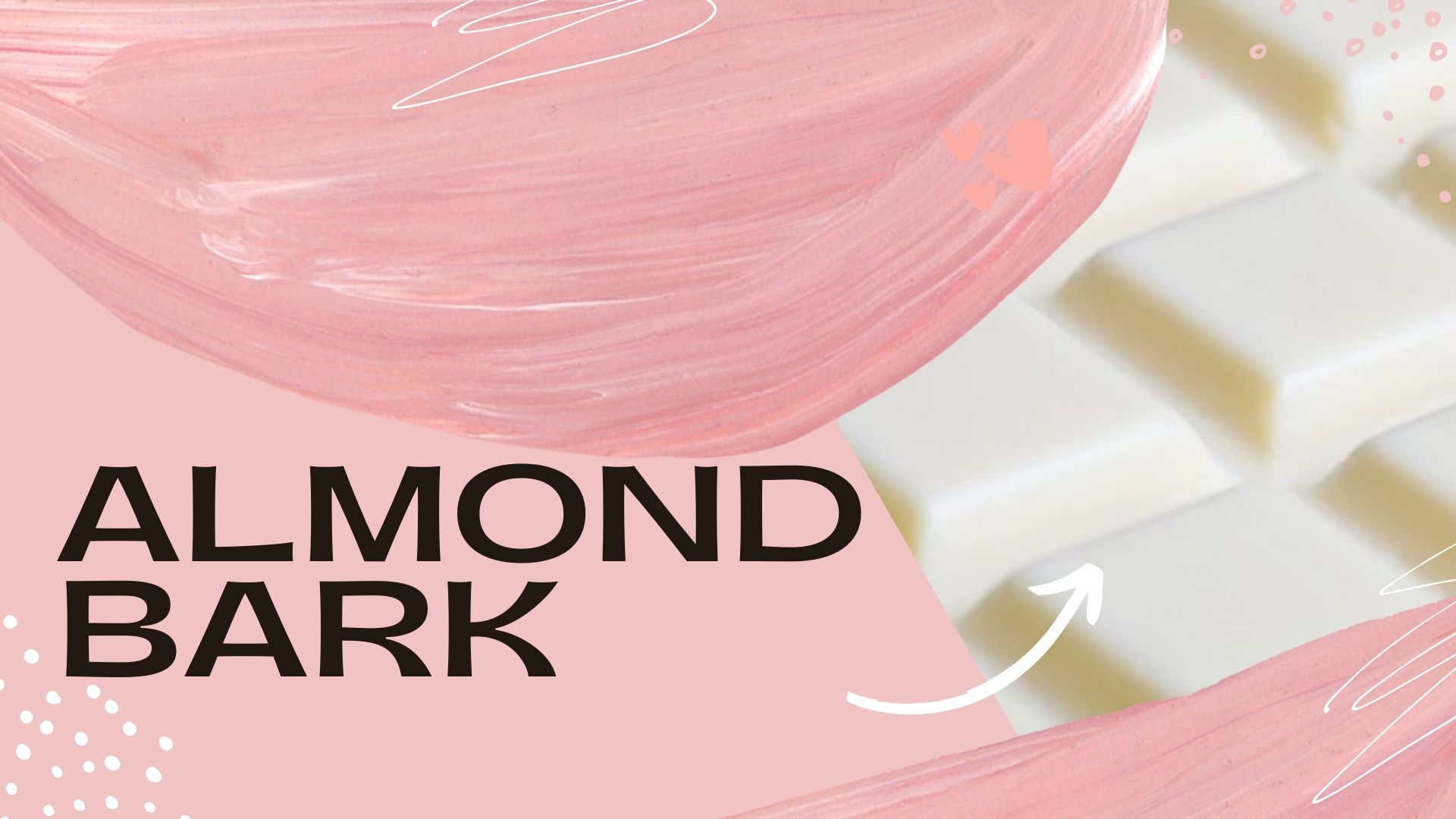 It is mainly made of vegetable fats and different kinds of added flavors, such as chocolate, vanilla, etc. They can be bought in packages, blocks, or round discs from any store that sells bakery or confectionery items.

The term almond bark comes from its original use, which was to use them for covering almonds. Just like almonds, it can be used to coat any kind of confections, fruits, and nuts. In fact, it is mainly used as a coating material in confectioneries.

How To melt Almond Bark?

As we have already mentioned, almond barks are widely used as a coating material. Compared to real chocolates, they are quite easy to melt and they also get hardened after use quite easily.

On top of that, it requires no tempering like real chocolates. These properties are mainly the reason that it is so popular as a coating material.  It has mainly two ways of being melted.

To put the almond bark in a microwave, it needs to be cut into small pieces and put in a microwave-friendly bowl. You need to be cautious that the bowl is not overfilled and there is no water in the bowl.

After that, put the bowl in the microwave and set the power at 50 percent. Setting power at any higher will increase the risk of burning.

After heating for 30 seconds, take out the bowl and keep gently stirring it continuously for a few seconds. Then put it in the microwave again and repeat the last process. Keep doing it until it becomes completely liquid. And like that, you can easily melt it.

What if you do not have a microwave at your home or the microwave is not functioning properly? Does this mean you cannot melt your almond bark? Absolutely not! You can easily melt it using the stove and some of the most common kitchen utensils.

Put a saucepan or a skillet on your stove and fill it with approximately 1/3rd water. Then put a stainless steel bowl or any kind of bowl that can withstand heat without sustaining any kind of damage.

Cut them into small pieces and put them in the bowl and start the stove. As the almond bark starts melting, use a wooden spoon to stir them.

Keep stirring as long as it takes for the almond bark to melt properly. After that, you get your desired melting.

“Is almond bark similar to white chocolate?” is a question commonly asked in the world of baking and confections. In terms of ingredients, almond bark is made of mostly artificial ingredients such as vegetable fats, color, and additional flavors.

On the contrary, white chocolates are made of mostly natural ingredients such as cocoa butter, milk solids, vanilla, sugar, and lecithin. So when you are scrutinizing every detail and want to blow the minds of those tasting your cooking, white chocolates are definitely the option to pick.

But that does not mean almond bark has no advantage. Usually, pure chocolates are very hard to use. It is not enough to just melt white chocolates, you have to temper them too. The tempering process is a very delicate process where one mistake can undo all your hard work.

On the other hand, almond bark is comparatively easy to melt and there is no tempering process required. But compared to the taste of real pure chocolates, almond bark is inferior to some extent. So which to choose completely depends on you.

It is mainly the hero of the scenario where you need some kind of coating or dipping material but does not have chocolates near or in hand or simply cannot afford them.

As mentioned earlier, it is easier to melt than chocolates and does not require any kind of tempering. But when you melt, it is highly possible that the melted almond bark is too thick to be used as a coating and might jeopardize the taste and texture of the confection you are trying to coat.

Milk is also another great substance to use in the almond bark thinning process. Adding milk thins its texture of it and gives a creamier structure. The milk needs to be warmed up before being added to it Any kind of milk can be used for almond bark thinning but whole milk is the best option to go for.

Gluten is a kind of protein that can be naturally found in some grains including wheat, barley, rye, etc. It contains mainly vegetable fats, sugar, and added flavors. As it does not contain any kind of grains, almond bark is gluten-free.

But many brands that commercially package almond barks are not certified as gluten-free. If you have gluten intolerance or simply want to avoid gluten consumption, pay attention to whether the almond bark you are buying is gluten-free or not.

After all this talk about using it as a coating material, one might mistake it for a kind of chocolate. But we need to keep in mind that as similar as it might sound, it is not chocolate.

Almond bark fails to fill up this criterion as its main ingredients of it are vegetable fats, color, and additional flavors of chocolate, vanilla, etc. They also do not contain the rich flavor of regular chocolates and therefore they are not consumed like regular chocolates.

It is mainly a coating or dipping material whereas the application of chocolate is far more vast than that.

Almond bark might not be chocolate, but that does not prevent it from being an amazing coating substance. Due to their ingredients of it, they are cheaper than chocolates.

So if you want to make mouth-watering desserts with coatings on them or simply want to dip fruits and nuts, but your budget is not on your side; you can definitely count on almond barks to fulfill your desires.

Is almond bark the same as melting chocolate?

Can you use almond bark for melting chocolate?

Yes, It can be used for melting chocolate.

What is almond bark good for?

It is a type of chocolate that is made with white chocolate and almonds. It is often used as a coating for candy and other desserts.

What is the difference between almond bark and chocolate?

Can you substitute almond bark for chocolate?

A suitable alternative to almond bark is chocolate chips; however, for the greatest results, white chocolate chips should be used rather than dark chocolate chips.
Remember that chocolate chips require a bit of extra sugar and a teaspoon of butter in order to melt smoothly, despite the fact that when they are melted they have the same texture as regular chocolate.